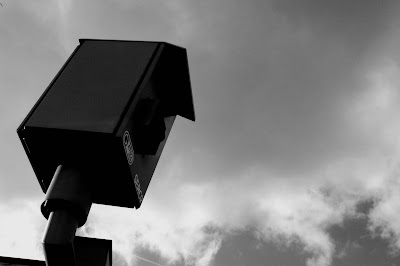 This page is an attempt to collate various sources that I encounter during my research into a resource list.
Any suggestions on items to add are most welcome, as are any reports of broken links (d.barnardwills at cranfield dot ac dot uk).

Privacy Enhancing Technology wiki from Center for Internet and Society

Technology and Politics
How the Internet is changing politics - Mark Pack
How Dictators watch us on the web - Evgeny Morozov in Prospect Magazine, and talking at TED
Wired for War - P.W. Singer's web-site for the rather excellent book of the same name.
Architecture is Policy - Talk from Electronic Frontier Foundation (video)
Gov 2.0 summit 2009 -  Video and presentations
Michael Spector on danger of science denialism (TED video)
TED talks and videos - technology, design, global issues, science
http://www.edge.org/
Creative Disruption - blog about forthcoming book by Simon Waldman, about impacts of technologies on business - some of the insights might be applicable to states, or political parties - anything 'established'.
Web Services as Governments - Brad Burnham
'Group think' - article on crowd dynamics research at .CSV

UK Politics
Election 2010 - Blog on the forthcoming election from School of Politics and International Relations, University of Nottingham
Voter Power Index - discover how much your vote is worth
Vote for policies - presents anonymised policies from main parties, so you pick the party to vote for based on that, not personalities and soundbites.
The Straight Choice - live election leaflet project, crowdsourced collation of election propaganda leaflets
Democracy Club - more political crowdsourcing, candidate answers to survey questions
FullFact - a website dedicated to checking up on 'facts' used in public debate
Liberty - Current Bills


Journals (this will encompass journals about the above categories, but I'm making them seperate because they'll be behind pay-walls and subscriptions, and I want to keep the above lists open-access. If you have money to burn, or an institutional subscription (a university or library for example), then click away!).


Other
Boing Boing - where I get exposed to the world
io9 - science fiction, comics, geekery
Lifehacker - where I learn how to do lots of things, which I then don't do, and where I learn about software